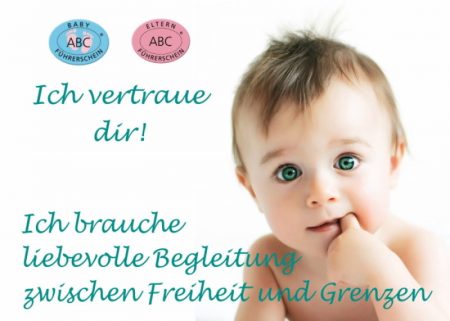 Since the mother has been back to work, the grandmother has been looking after her grandson Florian, 11 months old, a sweet little guy who delights the grandmother's heart. After he wakes up relatively early, they only go out briefly in the morning because he needs his first nap around 10 a.m., which lasts between one and one and a half hours. The second nap is due around 15 p.m. That worked well at first, but after a while he didn't want to be put down again, although he was obviously tired. Again and again he crawled up, darted back and forth in the cot and cried every time she tried to lay him down. When Grandma gave in and took him out of his bed again, he was laborious all afternoon and in the evening when his parents came home, he was only tired, grumpy, over-excited. So she thought about how she could do it to restore the necessary sleep rhythm.

Pay attention to the right time

A good rhythm and fixed times, which should be based on the child's developmental needs, are of great help. Still, some flexibility is needed. Before going to sleep, Florian is given a bottle. Sometimes he only drinks half of it at first and likes to crawl around the room a little longer.

The next time the grandmother darkens the room and puts a chair next to the cot. After the bottle, she rocked Florian briefly back and forth and sings or hums a little song. When she wants to put him down, the expected protest comes again, which seems to say “No, I don't want to sleep! Life is so exciting, I don't want to miss anything! ”When she put him in bed anyway, Florian cried and tried to crawl up again. Grandma stayed consistent. She put him down again with the words "Florian is tired, you have to sleep now!" And prevented him from getting up again by gently but firmly holding his hips on the mattress. Howling protest. She showed understanding: “You have a strict grandma. I won't let you get up again. Now is bedtime. Yes, yes! ”The howling turned into soft weeping, which soon subsided. She held him and caressed him and repeated the few words in a quiet, repetitive, meditative sing-sang tone. Florian had enough freedom of movement to turn around and look for a suitable sleeping position, but not to stand on his knees or on his feet. After all, we all sleep lying down and not standing up.

The next day, Florian protested only a little by tearing up his face when Grandma put him in the prone position he preferred. It only took him about 5 minutes to sleep peacefully. There are no more protests or howls. Florian usually babbles happily to sleep. But he always opens his eyes briefly before going to sleep to make sure that Grandma is still there. And she says to him very quietly "Grandma will take care of you, Grandma will take care of you!"

Stay until the child sleeps

It was important to the grandmother to stay until the child sleeps, no matter how long it should be. Once she got up briefly to do something on the curtain. Florian came up immediately and cried for a moment until she was next to his bed again and stroked him. Soon after, he fell asleep.

In summary, I think three things are important that adults should be aware of:

With patience and loving consistency, we can achieve more in the long run and lay the foundation for good development. From 2-3 years of age, and earlier for many children, it will be possible to leave the room after the bedtime ritual and the child will be able to sleep alone. It is then sufficient for them to know the parents in the next room.

Nevertheless: Exceptions prove the rule. There can be a wide variety of disruptive factors in a child's life, and some children are simply more difficult than others. But love, patience and consistency always help, no matter how long falling asleep should take.